A Disguised Windows License Activator May Actually Be Malware 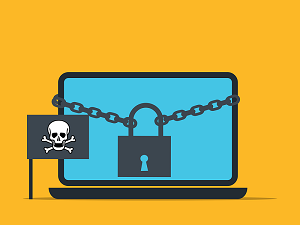 People who are in the habit of pirating movies and software have something new to worry about.  It seems hackers have begun targeting at least some of them with a ubiquitous form of malware.

On the Dark Web, anyone who is willing to shell out twenty bucks or so can get their hands on a copy of BitRAT, which is a surprisingly capable bit of malicious code for the price.

Recently, an individual or a group of hackers got their hands on BitRAT and devised a new way to spread it around the internet.

They disguised their malicious payload as a Windows 10 Pro License Activator.  So a pirate downloads what he or she believes to be a “crack” for Windows 10 Pro. They install the software and not only do they not get the free copy of Windows 10 Pro that they were expecting, but they also wound up with an infected system.  Ouch.

You may shrug your shoulders at this and conclude that the pirates got what they deserved. Looking at it from an ethical/moral perspective, there’s an argument to be found there.

On the other hand, the person with the hacked PC may wind up interacting with and sharing files with you or someone at your company, which could allow the hacker who infected the initial machine to get his hooks into your network. Ultimately, that’s why this deserves your attention.

Software pirates are not only bad because of what they do, they’re bad business in general. If you associate with anyone who pirates wares (knowingly or not), you may be setting yourself up for trouble down the road.

This is hardly a new phenomenon.  Pirates are frequently seen as good targets for malware campaigns, and this is but the latest in a long line of campaigns that specifically set their sights on that group.  At the end of the day it’s a numbers game.  The more often you rely on pirated wares the greater your risk of infection. At the end of the day, it’s probably not worth it.