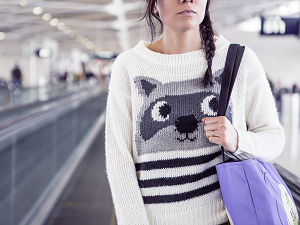 According to a report recently released by Abnormal Security there’s been a huge upsurge of instances of people getting scammed after visiting what they thought were Global Entry, NEXUS, and TSA PreCheck service sites. The issue is that scammers are building very convincing fakes of these types of sites and charging busy travellers $140 for pre-check service. Naturally they are not delivering anything at all after pocketing the money.

The surge in such activity began back in March of this year (2021) but has steadily intensified since then. That’s no great surprise really.

After all with the holiday travel season fast approaching we can conclude that the purpose of the instances earlier in the year were to give the scammers time to refine their approach in advance of the much busier holiday season. They were anticipating a big boost in travel as the pandemic began to recede.

The whole idea behind TSA PreCheck is to streamline the airport screening process and allow travellers to pass through the security checkpoints more quickly once they actually arrive at the airport. Millions of busy travellers have shown a willingness to pay extra for that convenience which is why such sites have increased in popularity since they were first introduced.

You simply enroll in the service, a background check is conducted on you, and you get to travel with minimal hassle from that point forward. Unless you wind up at a fake site set up by the scammers of course.

Then you only think you’re enrolling in the service and the scammers pocket your money and don’t actually do anything. That sets you up for a nasty surprise when you arrive at the airport expecting smooth sailing.

Ahead of the holiday travel seasons scammers are upping their game and sending emails that war of the imminent cancellation of their membership. If they act fast they can “renew” it and have one less thing to worry about when they book their holiday flights.

The key here is to be mindful of the scam and to check the URL of the site you actually wind up at. That’s the giveaway. The scam sites can replicate the overall appearance of TSA PreCheck but they can’t hide the URL.