Edge Will Replace Internet Explorer After It Is Gone 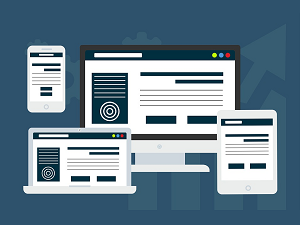 It may seem as though Internet Explorer is the browser that will not die, but according to Microsoft, it is now a step closer to breathing its last virtual breath.

Microsoft has struggled in the browser wars for the entire existence of the internet.

They came late to the party. Although they did manage to beat out early dominant browsers like Opera and Netscape Navigator, their Internet Explorer was soon eclipsed by nimbler and better browsers.  The company simply didn’t devote enough resources to the quest in a timely enough fashion to gain an iron grip on the market share.

Eventually, having lost ground to Firefox, Google’s Chrome, and others, the Redmond Giant gave up on Explorer and started from scratch with Edge.

Edge is unquestionably better. However, in the Enterprise ecosystem, several web-based applications had been developed by the time Microsoft decided to retire the browser. Given that, Microsoft continued supporting the code long after they had ceased active development on it.

All things come to an end however, and nearly 27 years after its initial launch, Microsoft has announced the end of support for Internet Explorer on most Windows versions as of June 15th.  So, by the time you read these words, it will be all over for the ancient browser.

Even this isn’t the absolute end.  The company’s new Edge browser has an “Edge IE Mode” which emulates the old Internet Explorer for the purpose of allowing Enterprise customers who haven’t upgraded their Legacy sites and web-based applications to continue using them under the new Edge umbrella.

According to Microsoft, Edge IE Mode will continue to be offered until at least 2029. If you still have Legacy code that hasn’t been updated at that point, all bets are off.  Although few people will actually miss the old browser, its demise does feel a bit like the end of an era.