File Explorer May Get Tabs In Windows 11 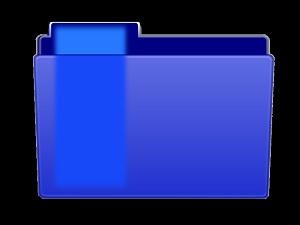 Are you a Windows Insider?  If so, be aware that the company is testing a “hidden” new feature you’re probably going to love.

It’s a small change but its impact is enormous. The feature is the Tabbed File Explorer!

The experimental feature must be explicitly enabled but once it is it works a lot like tabbed browsing does.

If you right click on a drive, you’ll see a new menu option “open in a new tab.”  Left clicking that option will open the drive in a new tab adjacent to the current File Explorer tab. That part of the new feature is working smoothly, but the company hasn’t yet worked out the particulars of reordering tabs.

It’s worth mentioning that not all hidden features wind up being officially released features. The company has said exactly nothing about it so this may or may not wind up being an integral part of the Windows 11 user experience.

We certainly hope so because it’s a spectacularly useful addition.

If you’re interested in playing around with it, here’s what you need to do:

First, join the Dev channel of the Windows Insider program and install the latest build.  Then download the Vive Tool which enables hidden developer features in both Windows 10 and Windows 11.

Open an “Elevated Command Prompt” and make your way to the folder where the Vive tool has been extracted.

After you enter this commend, you’ll get a confirmation response from the Vive tool.  At that point, you’ll need to restart your computer to start experimenting with the tabbed File Explorer.

When you’ve finished testing the feature or if you decide it’s not to your liking, simply enter the following command (same process as described above):

Restart your computer and the tabbed browsing feature will no longer be enabled.

It’s a fun, cool feature and you’ll almost certainly enjoy playing around with it.