Hackers Get Source Code During Data Breach At Samsung 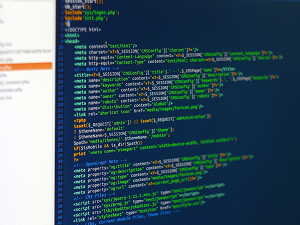 Samsung’s corporate network was breached recently.  That’s bad news all by itself. The company has recently confirmed that in addition to the confidential customer information that was stolen, the hackers also made off with the source code for the software used in the company’s Galaxy smartphones.

The hackers responsible for the attack call themselves “Lapsus$.”  Not long after their attack, they disclosed that they had made off with almost 190GB of archives.

Disturbingly, this group has been exceedingly busy so far in 2022 and extremely successful.  Just a week prior to the announcement regarding Samsung’s data, the same group released a 20GB sample of documents stolen from Nvidia.  The group claims that this sample is part of a collection of stolen documents more than 1TB in size.

Aside from the aforementioned source code at this point, we do not know exactly what sorts of data the group of hackers may have compromised when they successfully breached Samsung’s network.

For that matter, we do not yet know the full extent of the contents of the 1TB cache documents stolen from Nvidia because as members of Lapsus$ explained, they are currently in negotiations for the sale of that data.

This is the world we live in.  This is the shape of 2022 and years to come.  What the long-term implications might be are anyone’s guess but fortunately, the advice for guarding against such attacks remains largely the same.

Be sure the software you use is updated with the latest security patches and constantly educate and reeducate your employees about the dangers of phishing campaigns to minimize your risk.

Failing that, take regular backups and have a rapid response team standing by that can spring into action if your defenses fail.  That’s by no means a perfect solution, but it will make you a significantly harder target and there’s value in that.