Microsoft Help Files Are Being Used To Distribute This Spyware 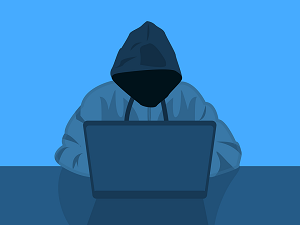 Diana Lopera is a researcher for Trustwave Cybersecurity and has stumbled across something that’s one part interesting and one part disturbing.

Apparently, a group of hackers are trying a new approach to distribute their malicious code which is leveraging Microsoft’s HTML help files.

Yes, you read that correctly.  It’s an innovative technique that’s not only proving to be surprisingly effective, it is also proving to be notoriously difficult to detect. Even worse is that it’s not even a terribly sophisticated attack.

Here’s an overview of how it works:

Naturally, it begins with an email.  The email contains a generic subject line and an attachment, often entitled “Reques.doc” or similar.

This file is not a doc, but an .iso file.  A disk image.  The image contains a pair of files.  One of them is a Microsoft Compiled HTML Help file (CHM) and the other is an executable.

By exploiting the capabilities of the help file, the executable can install its malicious payload. In this case it is a malware strain called Vidar.

In at least one confirmed instance, Vidar was also spotted downloading and executing additional malware payloads.

Sophisticated or not, this new campaign has proved to be highly effective. Given that Vidar can serve as how other malware payloads wind up on an infected machine, this should be regarded as a serious threat.  Those “other payloads” could be anything from ransomware which will lock all the files on your network, to malicious code that has been optimized to steal banking information and everything in between.

Be sure your employees, friends, and family are aware and on their guard.  This is a nasty piece of code.