Northwest Area Partner of the Year 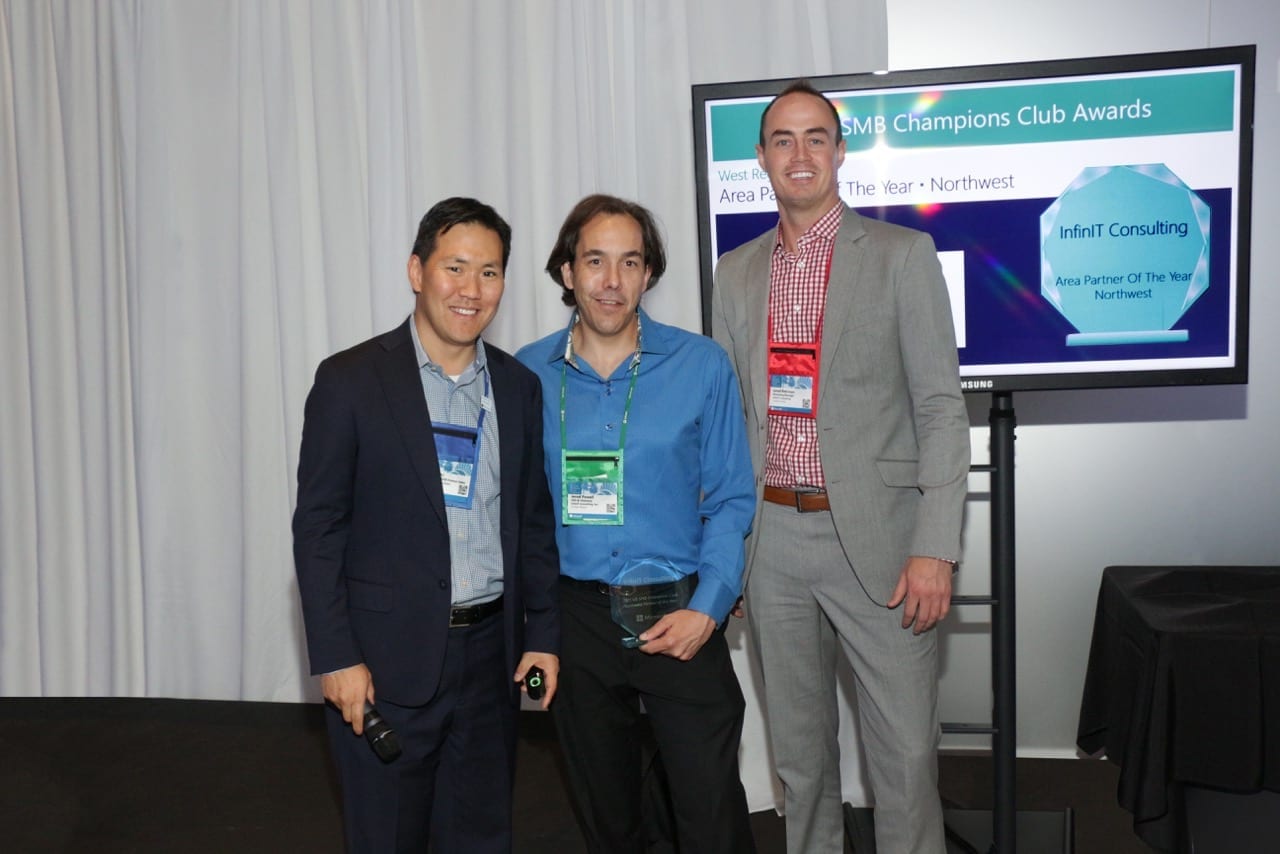 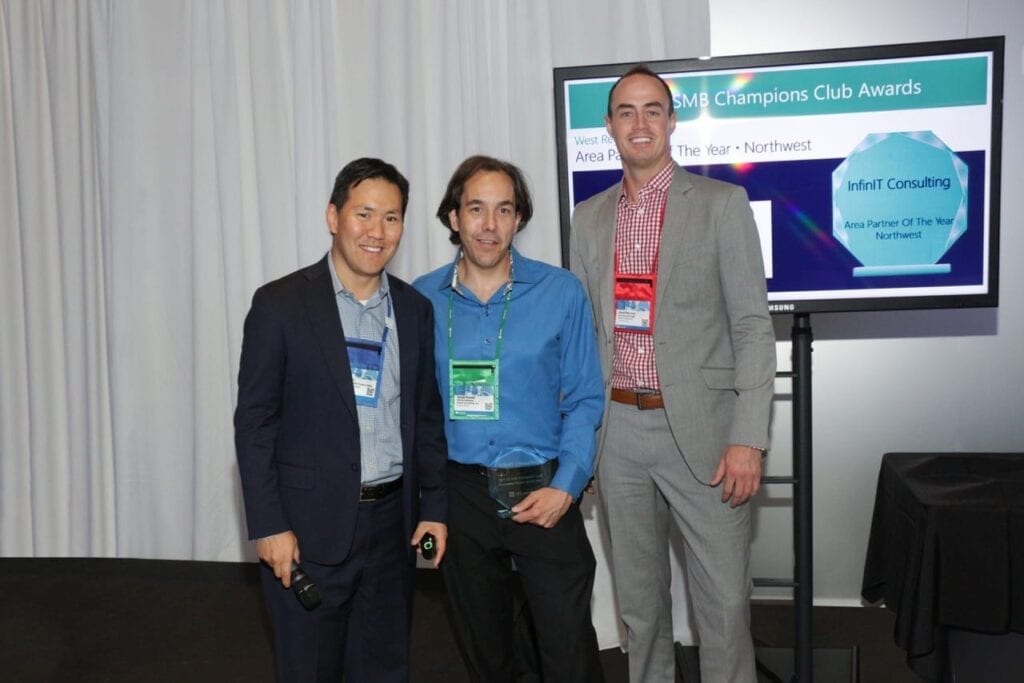 San Jose, CA — July 13, 2015 — INFINIT Consulting today announced it has been named Northwest Area Partner of the Year by Microsoft’s US Small and Mid-sized Business (SMB) Champions Club. The award recognises the US SMB Champions Club partner who has demonstrated significant Microsoft SMB sales and year-over-year SMB revenue growth with Northwest Area SMB customers.  Members of the US SMB Champions Club have shown dedication to arming the small business community with the right technology and services they need to be successful.

INFINIT Consulting along with winners in six other categories were recognised during the Microsoft SMB Champions Award Reception in Orlando, FL on July 13, 2015.

“As Microsoft has accelerated the development of innovative technologies such as Azure and Office 365, Microsoft’s productivity suite, to deliver a new mobile first, cloud first approach, we’ve looked to our partners to help bring that vision to life,” said Cindy Bates, vice president of Microsoft US SMB and Distribution. “We value the commitment INFINIT Consulting has demonstrated to the small business community and congratulate them on this achievement.

The Microsoft Partner Network is designed to equip organisations that deliver products and services through the Microsoft platform with the training, resources and support they need to provide their customers superior experience and outcomes.  Microsoft’s US SMB Champions Club is an exclusive program designed for partners who have a proven track record of delivering Microsoft solutions to businesses in the U.S. small and medium business (SMB) segment and have committed to advancing their cloud business practice. As a member of the SMB Champions Club, partners can further their Cloud growth by utilizing the benefits obtained through their program status.