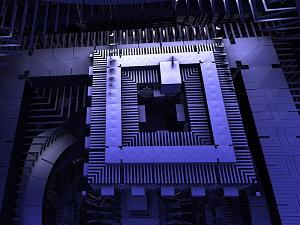 Quantum computing is on the horizon.  Unfortunately, it’s been on the horizon for at least two decades.  It’s one of those technologies that’s always “just around the corner.”

There’s a missing link, however.  It’s not as though the entire world will wake up one day and just start migrating to quantum computers.  There will be a step in between where people are using hybridized systems that can take advantage of the new technology while still using highly optimized conventional computer architecture.

That missing link is currently being developed by Nvidia.

The company has been quietly developing a new platform that it’s calling QODA, which stands for Quantum Optimized Device Architecture.  The new platform will create a unified, open environment that can be used to bridge the gap between conventional computer technology and quantum processors.

The hope is that with such a standard in place, it will be a critical step in making quantum computing easier to embrace, which will help to speed mainstream acceptance.

Nvidia hopes to have an open beta available by the end of the year, and once the platform is complete, it will be available for free.

Nvidia initially pitched the idea to the largest quantum computing hardware producers and got a warm reception. So the platform is being designed specifically to allow the equipment produced by those manufacturers to work seamlessly with conventional computing hardware.

That’s big news indeed, as it will allow existing applications to leverage the new technology and give developers plenty of time to work out how best to take advantage of quantum architecture.  Kudos to the folks at Nvidia.  We can hardly wait to see the fruits of their labor.