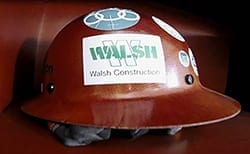 We like to hear and see examples of Office 365 in action. One such example is the 606 project, which was recently featured on Office 365’s ENGAGE Series. The 606 project is an undertaking led by The Walsh Group to transform 3 miles of unused Chicago rail line into an urban oasis. In this highly complex undertaking The Walsh Group aimed to connect five ground-level neighborhood parks to an elevated Bloomingdale Trail, all in the public eye. The Walsh Group used Office 365 to keep their teams in sync, on schedule and their project on budget. We encourage you to watch these four great episodes that show in-depth how Office 365 was utilized to confront the complexities of a huge, highly visible project, and how they’ll use it in the future.

You can watch all 4 episodes here.