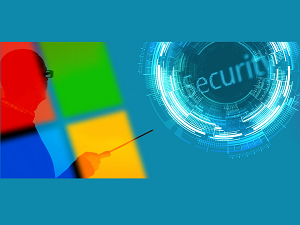 Another week, another Microsoft “End of Life” reminder to write about.

This time, it’s Windows Server 2012 R2.  If you’re a user, then you’re probably already aware of the looming deadline. If you’ve blocked it out of your mind, or if you’ve missed the notifications that Microsoft has been sending out, here’s what you need to know.

The End-of-Life deadline for Windows Server 2012 R2 is October 10, 2023.  If you have not begun making transition plans, now is the time to do so.  Beyond that date, you’ll no longer receive regular patches or security updates which will put your company at risk.

To minimize that risk, Microsoft recommends updating to Windows Server 2019 at your earliest convenience.

It’s also worth mentioning that Server 2012 R2 will follow Microsoft’s “Fixed Lifecycle Policy,” which means it has 5 years of mainstream support plus an additional five years of extended support.

If you’re evaluating the October 10th 2023 deadline with a pit in your stomach, it’s worth mentioning that customers who need more time can opt-in for a paid plan called “Extended Security Update” that gives you another three years, but that’s a hard deadline.  After that, there is no more support no matter how much you offer to pay.

The cost of the “Extended Security Update” gets more expensive in each of the three years it’s offered. It amounts to 75 percent of License Cost for year one, 100 percent for year 2, and 125 percent for year three. If you need the extra time to transition away from Server 2012 R2, you may consider that to be money well spent.

In any case, the time to start making plans is now.