Ransomware Hackers Have Set Their Sights On Exchange Servers 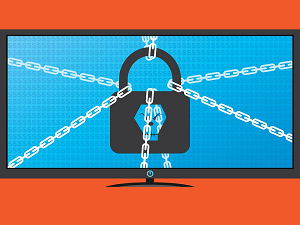 Microsoft Exchange servers are once more in the crosshairs of hackers around the world.  Most recently, hacking groups have been specifically targeting them to deploy BlackCat ransomware.

As is common among ransomware attacks, the hackers here first rifle through an infected network, looking for login credentials, proprietary information, and other sensitive files that they can copy and exfiltrate.  They exploit a target organization in two ways. They ultimately encrypt a target’s files and demand payment to unlock them and then ransom the copied files for additional payment.

This should be regarded as a serious threat.  Although Microsoft tries gamely to keep Exchange servers secure, there are several vulnerabilities in the code. An organization that doesn’t apply security patches as soon as they are available is incredibly vulnerable to these attacks.

It’s a sufficiently significant threat that in April, the FBI issued a Flash Alert about BlackCat, warning that the recent surge in attacks have compromised more than sixty different organizations worldwide.

Their alert reads, in part as follows:

“Many of the developers and money launderers for BlackCat/ALPHV are linked to Darkside/Blackmatter, indicating they have extensive networks and experience with ransomware operations.”

The FBI has also requested the assistance of any organization that becomes compromised so they can track the attacks back to their source and take action against them.

Again, per the recent FBI Flash Alert, the specific information they’re looking for is as follows:

“IP logs showing callbacks from foreign IP addresses, Bitcoin or Monero addresses and transaction IDs, communications with the threat actors, the decryptor file, and/or a benign sample of an encrypted file.”

Here’s hoping your organization doesn’t wind up in the crosshairs of the hackers. If you happen to, give the FBI a hand so they can shut these miscreants down.