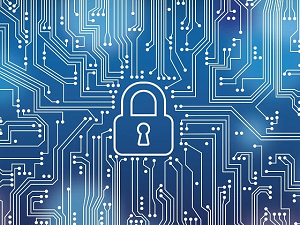 Remember the Heartbleed scare we had a couple years back?  It was a nasty side-channel attack that was somewhat exotic and difficult to pull off, and it was absolutely devastating and sent shockwaves through the entire world.

While this new side-channel attack isn’t identical, it’s similar enough that the researchers who discovered it gave it a similar sounding name:  Hertzbleed.  It allows remote attackers to pilfer full cryptographic keys by observing variations in CPU frequency enabled by dynamic voltage and frequency scaling, or DVFS for short.

In other words, hackers can monitor the electrical output of your PC and based on that, derive your cryptographic keys.

The team had this to say about their discovery:

“In the worst case, these attacks can allow an attacker to extract cryptographic keys from remote servers that were previously believed to be secure. [..] Hertzbleed is a real, and practical, threat to the security of cryptographic software.

First, Hertzbleed shows that on modern x86 CPUs, power side-channel attacks can be turned into (even remote!) timing attacks–lifting the need for any power measurement interface.

Second, Hertzbleed shows that, even when implemented correctly as constant time, cryptographic code can still leak via remote timing analysis.”

To be fair, this is an incredibly exotic attack that would be extremely difficult for even the most experienced hackers in the world to pull off.  Even so, there are hackers out there in the world who have the skills to do this. That is why it’s somewhat disturbing that neither Intel nor AMD have any plans to issue a fix for the issues that make Hertzbleed possible.

Per an Intel spokesman:

“While this issue is interesting from a research perspective, we do not believe this attack to be practical outside of a lab environment.”

While that’s true, hackers have always been known for being more interested in bragging rights than practicality. In our view, it’s just a matter of time before we see Hertzbleed in the headlines.