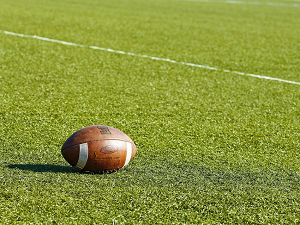 Hackers will attack absolutely anybody.  No one is safe and nothing is sacred.  Not even football is safe.

The most recent high-profile attack was made against the San Francisco 49ers according to BleepingComputer which got confirmation from the 49ers.

According to the information disclosed by the 49ers they are in the process of recovering from an attack by the BlackByte ransomware gang which caused a “temporary disruption” of parts of the 49ers IT infrastructure.

Currently we have few details.  We do not know for example whether the BlackByte gang was able to successfully deploy their ransomware. We cannot confirm the gang’s claims that they stole data from the football organization.

Their official disclosure statement reads in part, as follows:

“The San Francisco 49ers recently became aware of a network security incident that resulted in temporary disruption to certain systems on our corporate IT network. Upon learning of the incident, we immediately initiated an investigation and took steps to contain the incident.

Third-party cybersecurity firms were engaged to assist, and law enforcement was notified.

While the investigation is ongoing, we believe the incident is limited to our corporate IT network; to date, we have no indication that this incident involves systems outside of our corporate network, such as those connected to Levi’s Stadium operations or ticket holders.

As the investigation continues, we are working diligently to restore involved systems as quickly and as safely as possible.”

While the BlackByte gang isn’t particularly active, security professionals have been aware of their activities since July 2021. They have taken down their share of relatively high-profile targets and are certainly not to be ignored.

The lesson here is simple.  No matter who you are you are not safe.  The hackers don’t care and they will come for you.  Stay vigilant out there because 2022 is just getting started.