Twitch Hack Was Much Bigger Than Expected 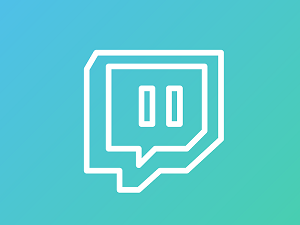 Are you a gamer or do you broadcast on Twitch for some other reason?

If so be aware that the platform was recently hacked and the amount of information the attackers made off with is much more substantial than was originally estimated.

Some of the data has now been leaked by an anonymous user on 4Chan.

The share included a torrent link leading back to a data archive that’s a staggering 125GB in size.

Along with the torrent link the anonymous poster left the following message:

“Their community is also a disgusting toxic cesspool, so to foster more disruption and competition in the online video streaming space, we have completely pwned them, and in part one, are releasing the source code from almost 6,000 internal Git repositories.”

Among other things the Twitch data contains:

One tidbit culled from the torrent file is the fact that the creators of the hit series “Critical Role” on Twitch was paid more than ten million dollars for their work. That’s a healthy payday for a group of friends playing Dungeons and Dragons together. However unlike some of the other information in the massive archive that’s not damaging.

Out of an abundance of caution Twitch has reset the stream keys for all users. If you stream content of any kind you should have already received an email about it and what steps you need to take next in order to properly secure your account.