Gartner’s solution, at their annual IT Infrastructure, Operations & Data Centre Summit in the U.S. in December 2014, talked about a concept labeled as “Bimodal IT”. The idea behind the Bimodal concept was to respond to the increasing demands of businesses while keeping a balance and delivering innovative applications for a more profitable digital transformation.

Getting You Familiar with the Discussion: Bimodal IT Fundamentals 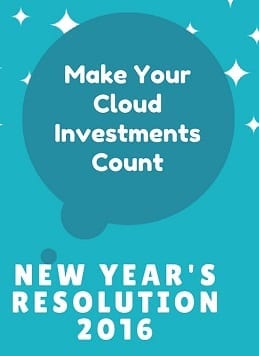 Bimodal IT is an organisational model that focuses on managing two distinctly different, coherent approaches of IT delivery. Some industry experts call the traditional IT model as Mode 1—a rock-solid approach, focusing on scalability, efficiency, safety, and accuracy. Mode 2 (Agile IT) is more iterative and exploratory, underlining operational excellence and speed. In Bimodal approach to IT, the agile development model is executed in parallel with standard IT workflows. The Bimodal IT concept by Gartner seemed logical enough and hardly controversial, but he also suggested vigilant planning and execution for successful implementation.

Recently, the bimodal IT concept proved the common belief that the rapidly evolving digitalization era is always pushing beyond anticipated challenges and solutions. Today, the Bimodal IT approach is being reevaluated by analysts, many opining that it might not be the best approach.

We are going to construct this discussion towards why Bimodal IT is not what it actually boasts to be and will fail to be as relevant in the very near future.

A New Concept for the Modern Digital World?…NO!

If you thought that the Bimodal approach to 3rd platform was a revolution, you have been misled. Research the subject and you will realise that it was the outcome of technologies that first made a splash in 2004 and were then re-engineered and re-emerged in 2014. The tension between agility and stability goes back to the foundation years of IT. Just like the old RAS model (reliability, availability, and serviceability), affordability, scalability, security, and all other little “ilities”, there have been various other axes of tension. What was once heralded as the unquestioned approach, the bimodal concept now seems menial in terms of yielding quantifiable benefits in a multi-modal approach.

Is Bimodal a Sustainable Solution?…Not Really! 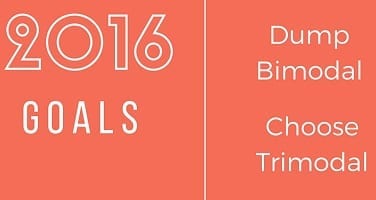 The concept of bimodal IT, unfortunately, does not seem to offer a sustainable solution. It is even found to be incapable of putting forward a potential solution for longer-term to the simplified agility-stability problem. Moreover, organisations that actually implemented bimodal IT concept had to face harsh consequences as the end-result, like formation of artificial silos for products, processes and people, institutionalizing stagnation by deterring innovation in traditional platforms with the excuse “if it isn’t broken, don’t fix it”.

Bimodal IT has proven unsuitable in the long-term as it demands wedging the new and emerging applications into one of two modes, and closes down the possibility for developing legacy applications of Mode 1 into highly agile offerings of Mode 2. Similarly, it impairs reinforcing nimble prototypes into steady back-end offerings.

Conflicts are Inevitable – that Typical “Us” versus “Them” Mindset

With bimodal IT, you create separate teams, which results in disconnecting the two modes and lowers the overall quality of communication. Different camps may also experience huge conflict for influence, resources, and power. Due to human participants, just like any other domain, confrontations about limited resources are more likely to surface. Jason Bloomberg, Intellyx President, is another strong critic of Bimodal IT and calls the model “balderdash”. He claims that the Bimodal approach has little for the modern world of IT, just a disguised way of functioning in the 3rd platform in a rather restricted manner.

What is Missing? The Middle Component (think of them as “Settlers”)

A perceptive technology expert might voice his concerns about the two-mode concept as being “insufficient”. However, the Bimodal IT approach is much more than this. Among IT organisations that now find themselves stuck with poorly constructed loads of data that mirrors junk, Bimodal IT has created “spaghetti junctions”—an unmanageable state where performance is compromised, confusion prevails and reliability disappears along with escalated costs.

More Resolutions are Feasible with More Adaptive & Dynamic Trimodal IT

A more sophisticated, adaptive yet dynamic approach is a 3-party, Trimodal IT structure. Trimodal design includes three modes that can be interpreted as Pioneers, Settlers, and Town Planners where each mode is subdivided into cells that support better manageability. This is a progressive model where Settlers (an intermediate mode) deals with transitions, helping businesses industrialize and personalize applications according to the existing IT enterprise structure. Settlers also ensure better management of workflow as it proceeds from one level to the next.

Bimodal IT concept ignores the crucial role of Settlers in mediating creativity of Pioneers (the real creations). The third platform is targeted at stimulating creativity where 3-party architecture of Trimodal IT approach allows organisations to produce quality solutions with the assurance of quicker adaptability in coherence with the changing market trends. While this IT model, you can better mitigate risks, easily introduce operational changes, and create room for fully embracing advantages facilitated by emerging technologies.