Windows Tracks Your Data and You Shouldn’t Care

Privacy issues get a lot of media attention. Scroll through Twitter and Facebook and you’re sure to find an article or two about how your phone tracks your every move or that all of your data is not really secure, anywhere. The question has been asked: Windows tracks your data?

The Truth About Data Tracking

Google, the king of search, tracks everything there is to know about you and logs it into their massive dataset of information. When Amazon can’t get everything from tracking your every move on the internet they purchase the information from social platforms and Google. Forget about Apple’s OS, as soon as you fire up Safari the problem really starts. This is why Google pays Apple a billion dollars per year to remain the search engine on the iPhone and iPad. There is a reason neither company will comment on it.

Being the browser of choice and default search is very lucrative because they take your information. Bloomberg Business explains in their recent article Google Paid Apple $1 Billion to Keep Search Bar on iPhone that Google reportedly paid archnemesis Apple $1 billion to remain the default search engine for Apple’s mobile devices.

Bloomberg made the claim based on court documents in a copyright lawsuit filed by Oracle Corporation against Google. Google, which is now under the umbrella company Alphabet, pays Apple a percentage of the revenue it earns via search, but the exact percentage has never been disclosed.

Bloomberg reported the revenue sharing reached as high as 34 percent. The transcript disappeared from electronic court records leading to speculation that the court ruled on Google’s request to seal the records. 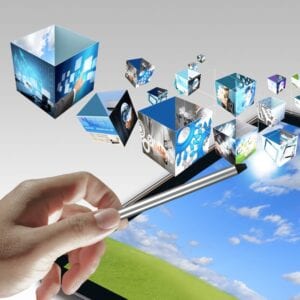 Should you move to Linux?  Pick the apps you use very carefully? Every company does this. To think otherwise is naive. In today’s world, we happily share our entire life on Facebook, Twitter, Instagram, and many other platforms. Companies don’t need to spy, or look very far for answers when the majority of people provide their information freely.

You can disable most tracking features. For items that you can’t, there are programs that will. That doesn’t matter, if you are connected to the internet then Microsoft, Apple or Google tracking your data is the least of your troubles.

All of your personal information, including credit card numbers, social security number, and much more are already in some hacker database waiting to be used. For some time, security has been far behind where it should be and it has been a field day for any hacker. Combine that with the average users’ knowledge of security and it’s a free for all. Even security engineers have a tough time keeping information locked down, no matter the operating system that they run on.

If you are still in disbelief, look at the recent string of attacks against core Cisco routers and Juniper devices. The hacking of Target and other major retailers. These are the attacks that get reported, plenty do not.

Your data is out there whether you want it to be or not.